We’re not an adventure program where participants leave just as empty as they arrived. We exist to initiate life-change. All participants are combat veterans set in an environment that inspires deep trust and openness. It is not uncommon for a man to pause and say, “… I’ve never told anyone this before …” then reveal a painful experience that’s been grinding on his soul for too long. When a Wild Ops operation ends, it is actually just the beginning. For those willing to fight for personal healing, it is the beginning of a life-long fellowship at the deepest levels. It’s entrance into the na­tionwide network of Wild Ops alumni who have each other’s backs 24/7. Wild Ops is for life. We’re veteran led, from board members to operations planning and execution. We know how to break through denial and self-imposed isolation to reach struggling vets. We are vets serving vets, partner­ing with highly skilled and dedicated civilians. We leave no one behind. 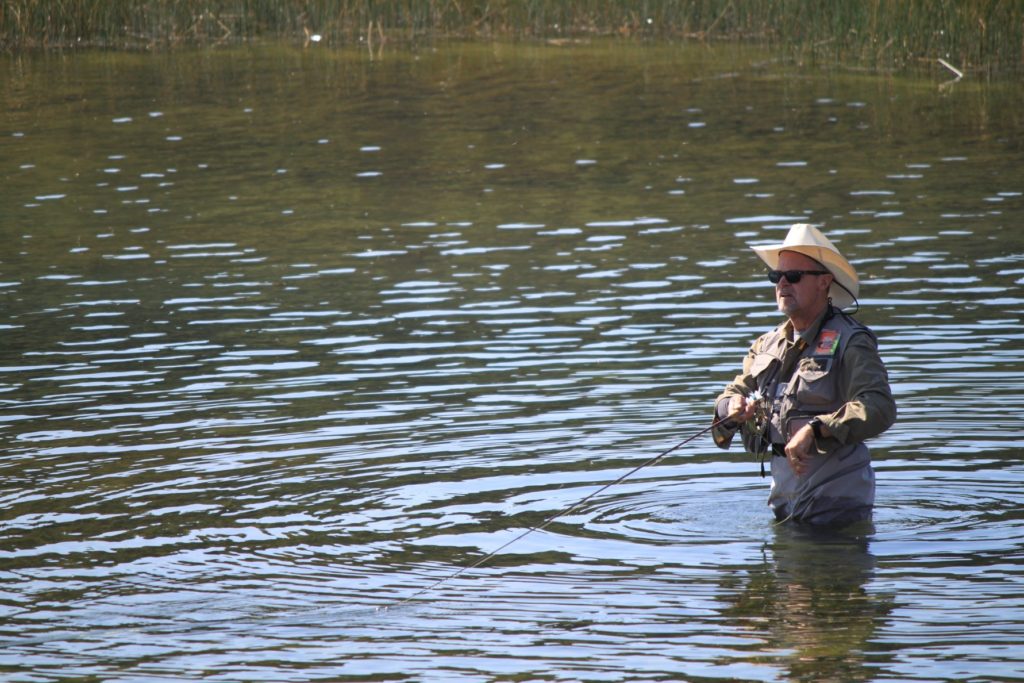 America’s military combat training is superior to any other nation but it comes at the expense of personal identity and liberties. When a person joins the military, the complexities of civilian life are replaced with a focus on combat skills and precision teamwork. The results are highly disci­plined units made of individuals who have utmost trust and respect for each other, and who rely upon each other for survival and combat success. You follow orders. Life becomes very simple and very intense. That is the warrior’s world. That world, however, ends abruptly when veterans leave the military either by choice or medical separation. They are thrust back into a chaotic civilian world that is far more complex than they remember. For many, it is a world they no longer understand or know how to engage. Many are dealing with visible and invisible wounds that leave them isolated, confused and discouraged. They are distrustful of federal programs, and to most vets, churches are unfamiliar environments which often lack understanding. Too many are unable to successfully make the transition.

Wild Ops initiates healing through new hope and trust established in transformative relationships. Wild Ops returns combat veterans to the familiar remoteness of a wilderness environment in small units of peers, where they leave the complexi­ties of modern life for an outdoor adventure. Wild Ops provides a balance of physical/mental challenge and respite. It is a safe environment where they can go deep with carefully selected veterans who have traveled this road before them. Designed to develop extraordinary levels of trust, the program promotes open dialog that can initiate the healing process … but time in the wilderness is just the beginning. The goal is for these combat veterans to become a unit for life—A band of brothers who will always be there for one another.

The Story Behind Wild Ops

In 1971 I was 18 and one of millions of young men across the country huddled around radios straining to hear our birthdates called out in the draft lottery. Casualty stats were grim in all branches of our military at that time. To my relief, my draft number was never called. But years later, deep in my soul, I knew I missed something critically important—the discipline, training, mental and physical challenges that I believe would have made me stronger… and I would have the ability to say I had served my country.

Fast forward to 2001. I joined the Board of Joni and Friends, the premiere Christian ministry for people with disabilities. Founder Joni Eareckson Tada, herself a quadriplegic from a tragic diving accident, often spoke passionately about the 600 million people with disabilities around the world, as a demographic with the highest divorce, poverty, suicide and abuse rates of any group of people. For all the amazing work the ministry was doing worldwide, one thing gnawed at me: we offered nothing for disabled veterans. In a board meeting I challenged my colleagues, “If the disability community is the most overlooked, bottom of the barrel, then there is another group beneath that barrel with much higher suicide, divorce, and unemployment rates––the U.S. combat veteran.” From that challenge, the Joni and Friends Wounded Warrior Getaway was born for disabled veterans and their families. As a Christian I have had the opportunity to work with various ministries, but serving veterans on these Getaways gripped me like none other.  One Getaway director summarized it perfectly, “(Working with veterans) is life and death!”  This ministry matters because we lose more than 22 veterans per day to suicide.

Arguably the most highly trained in the world, our warriors enter the battle knowing their enemy well—the enemy’s language, weapons, fighting tactics, how they live and breathe. Our fighting force is highly skilled with weaponry, fighting as units and killing the enemy. However when their service is done, they come home and are confronted by an unseen enemy. This enemy kills over 4 to 5 times more warriors at home than the one they faced abroad. They don’t know his language, weapons, tactics and they face him alone. This enemy gets into their heads, convincing them they are worthless to their wives and families, that they don’t fit in and would be better off dead.

At one Getaway, I found myself standing alone with a dad watching his son fish. He was recovering from severe blast and burn injuries from an IED. I had observed his family over the previous days trying to normalize their lives after his medical discharge. To be honest, I felt powerless in that moment. I said the only thing I knew to say, “Thank you for your service…” It felt hollow. I quietly added, “How can I pray for you?” His response stunned me, “Don’t thank me, I thank you! You may not understand it but … I just did my job … plumbers, school teachers, and attorneys all have jobs and I had mine. When we’re in the field of battle, especially when we lose our buddies, there’s a part of us that wonders, ‘Is it worth it?’  ‘Do people at home understand or care’?” He looked me in the eyes, “Thank you for the love you’ve shown to all of us and our kids when you don’t even know us…” His final words changed me forever … “You are the America I would die for.”

For years I had greeted veterans with, “Thank you for your service…” But words were no longer enough. I needed to take action! I’d spent the previous 10 years taking men on fly fishing trips in the backcountry. Alumni from those Montana adventures suggested I put together a trip just for combat wounded veterans and they would fund it. The veterans named that trip ‘Operation Quiet Waters’ and from that operation, Wild Ops began. I became a student of everything related to the combat veteran and their experiences pre through post deployment. With endless research and help of many wise counselors, we developed the key principles that are the foundation for our ministry. With a small group of vets and dedicated civilians we are continually shaping and expanding a ministry that is powerfully reaching at risk combat wounded vets with the same hope and healing we can all experience through Christ. Nothing else I’ve ever done made me feel that I made a difference, had a purpose, or gave me greater joy than working with our American combat wounded veteran.